A FRAGMENT OF A REPORT ON POTABLE WATER AND OSMOTIC WATER FILTRATION SYSTEMS CARRIED OUT BY WROCLAW MEDICAL ACADEMY DEPARTMENT OF HYGIENE.

Water constitutes the biggest and most important component of human body, which amounts to 60-70% of the total body weight with adults, and even up to 75-85% with infants. Water plays many roles in human organism, the most important of which concerns basic bodily processes such as: digestion, absorption, blood circulation, distribution of chemical compounds through mucous membranes and perspiration. Daily demand for water equals 2-3 litres per person in optimal temperature conditions. This amount of water is supplied mainly during meals.

It is a common fallacy that water must contain mineral salts. Any kind of water may contain various dissolved chemical substances in quantities depending on the water's age and origin. Concentration of such substances will be greater in water originating in easily-soluble rock (limestone), whereas in water from non-soluble rock (granite, basalt) it will be close to none. Moreover, the amount of mineral salts is greater in older water. Mineral water deposits are millions of years old (oligocene water, for instance, is 30-35 million years old). Apart from the above, also surface water, which is often the source of potable water, may contain marginal amount of mineral salts. The kind and amount of minerals present in water is varied and depends on the origin of water.Unfortunately those marginal amounts of minerals are exposed to harmful influence of toxins that are delivered to water with industrial, urban and agricultural waste. 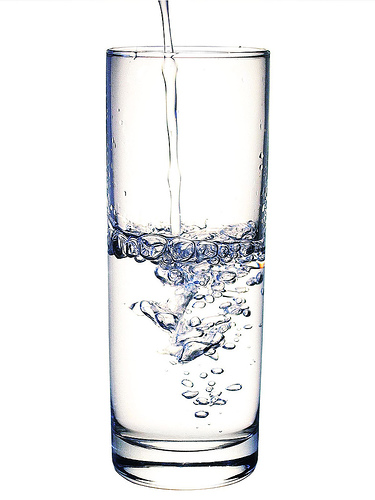 The vast majority of the Polish surface water falls under the third category of purity, which, in fact, disqualifies it as potable water. Such water contains extremely dangerous heavy metals, such as: lead, chromium, mercury etc. Water departments working with 100 years old technologies are not capable of purifying water from chemical contaminants. As a result, both dangerous and harmless chemical compounds get into water systems.Why mineral salts in potable water are considered so important? It is because from among the plethora of domestic, semi-industrial, and industrial water purification systems only two types are capable of removing chemicals dissolved in water. These are distillation devices and new, revolutionary water purification systems based on reverse osmosis phenomenon. And it is not possible to remove from water dangerous contaminants, leaving at the same time healthy minerals intact.

Water has never been the main supplier of minerals, just as it has not been the source of proteins, vitamins or carbohydrates. Water's mineral composition varies depending on the origin. Nevertheless, humans consuming water from various sources do not differ from one another in terms of their physiology. What is more, there are examples of tribes like Hunza tribe that for ages have drunk water deprived of mineral salts and they have never suffered deficiency of minerals in their organisms. The Hunza tribe is continuously observed by researchers, who have discovered that the average age of the tribe members exceeds 100 years.

Even tests carried out on our surface water prove how mediocre amount of minerals it contains in comparison with the average daily demand. The demand for minerals exceeds 10 times the actual concentration of the so-called "good" and "bad" chemical compounds in potable water.

ATTENTION!The fact that water does contain those "good" chemicals does not mean that one can consume it without any restraints. The excessive consumption of sodium chloride, for example, may be lethal.

To sum up, the analysis of some test results undermines the truth of the statement that water deprived of electrolytes may cause health hazard. For a normal, healthy person having a balanced diet the presence of minerals in potable water is, in fact, meaningless. In other words, lack of minerals in potable water does not evoke any health consequences.